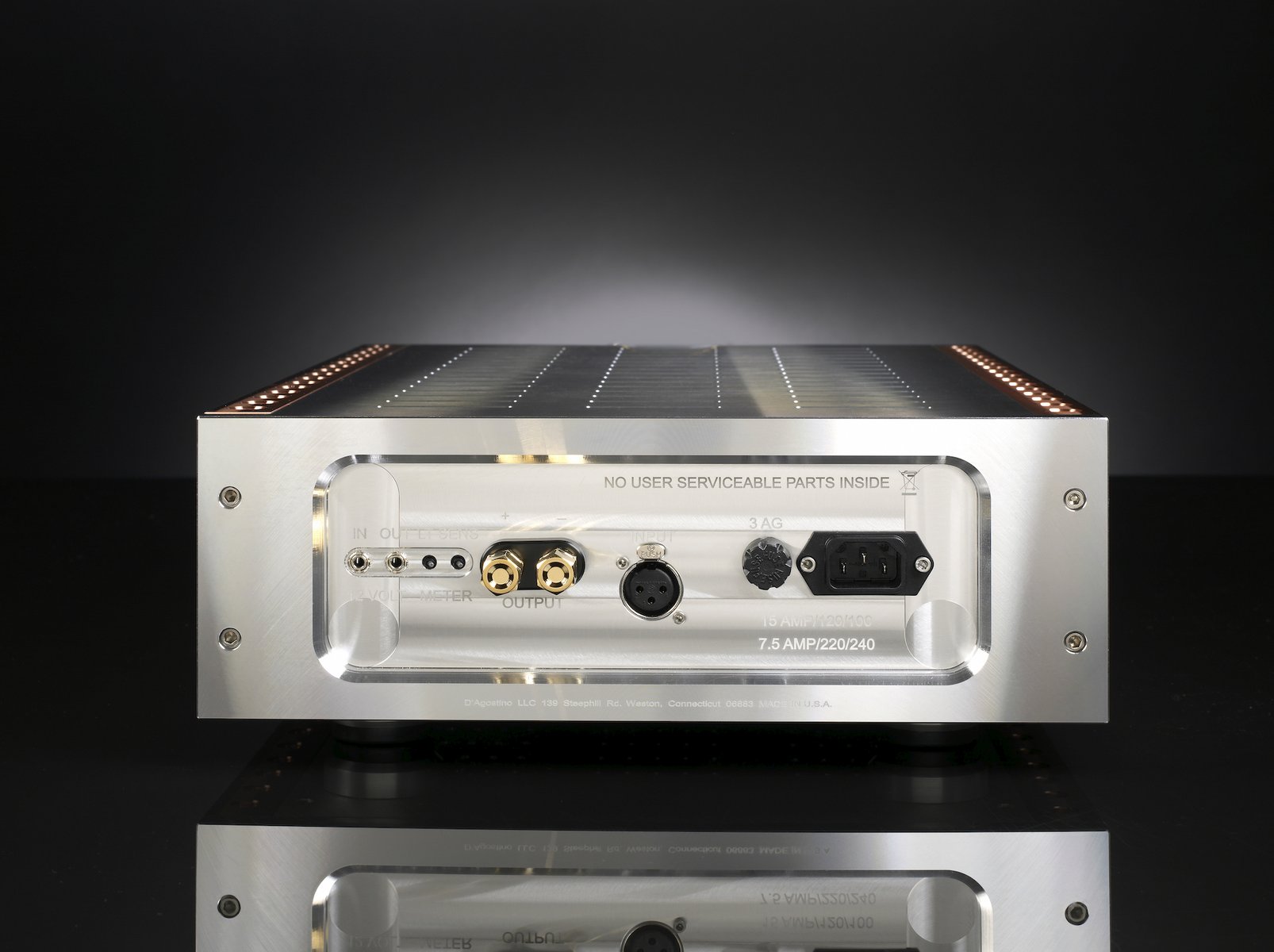 Chief Engineer and Designer Dan D'Agostino started an engineering exercise that resulted in an exciting new breakthrough that D'Agostino felt compelled to include in the Momentum amplifier. This research led to the substantial improvements included the new Momentum M400.

The new M400 moniker gives clue to a major part of the upgrade. Power output has been increased to 400 Watts. This is up from the original 300 Watts. The backbone of the power increase is a new ultra-quiet 1,800 VA linear transformer - a 20% increase in size from the original. Coupled to this larger power source is a new output stage design that includes a number of major enhancements.

A critical element of any amplifier output stage is circuitry known as the driver section. In the new Momentum M400, this stage has been elevated to a fully complementary design. There are now individual transistors employed for the positive and negative halves of the musical signal.

This change nearly doubles the current drive necessary to maximize the enhanced output stage that follows. The new output stage takes this increased drive to boost the open loop gain by the same factor of two. The result is a sound that is more authoritative, richer, and more expansive.

The Momentum M400 employs the same chassis with a small aesthetic design change to the copper feature on the faceplate sides. Additionally, the meter now displays a scale appropriate for the greater power output. Current Momentum monaural amplifiers can be upgraded to the Momentum M400 performance level. Included in the upgrade is the new 400-Watt meter plate and all electrical component upgrades.

Each Momentum M400 Monoblock amplifier is hand-built and individually tested in D'Agostino's Arizona factory. Rugged through hole construction allows the use of higher-quality components, thus assuring superior performance for years to come. 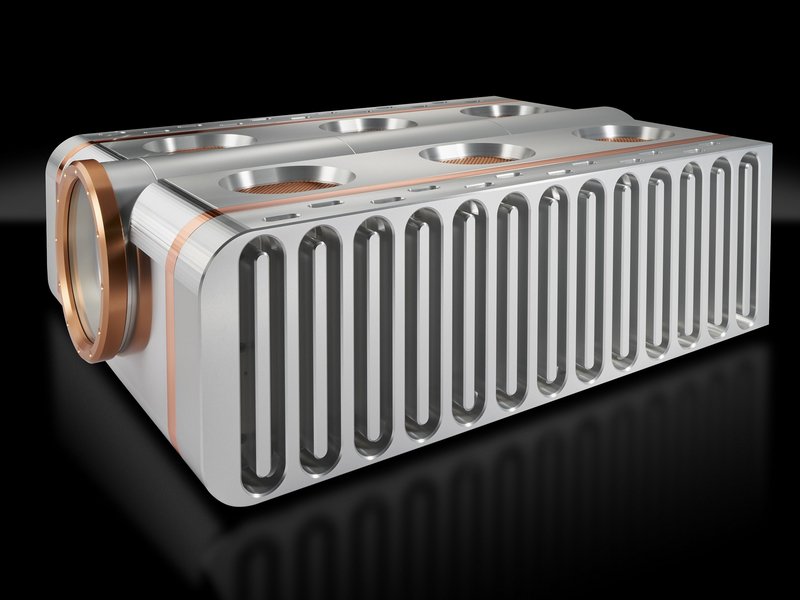 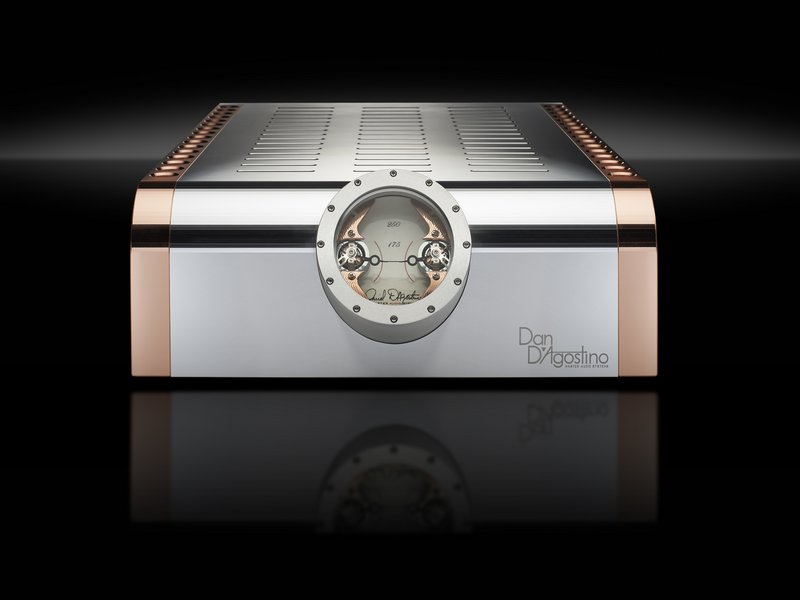 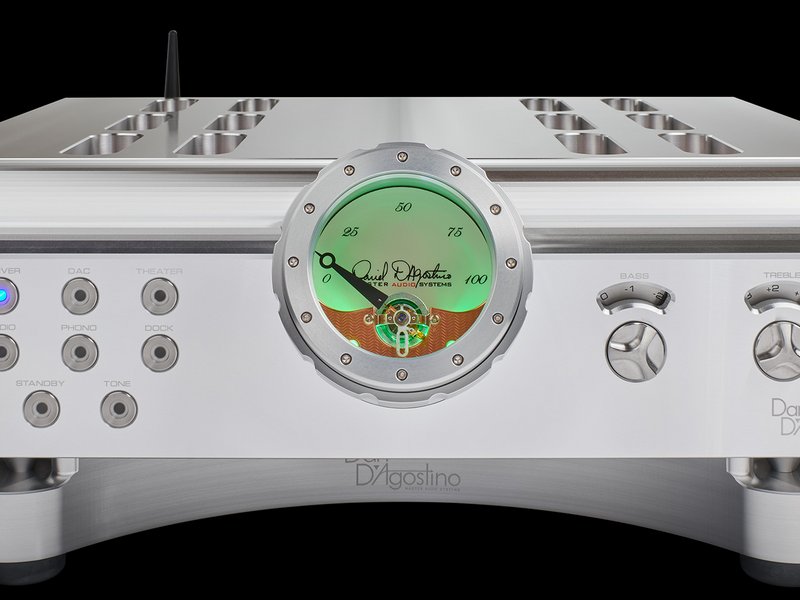 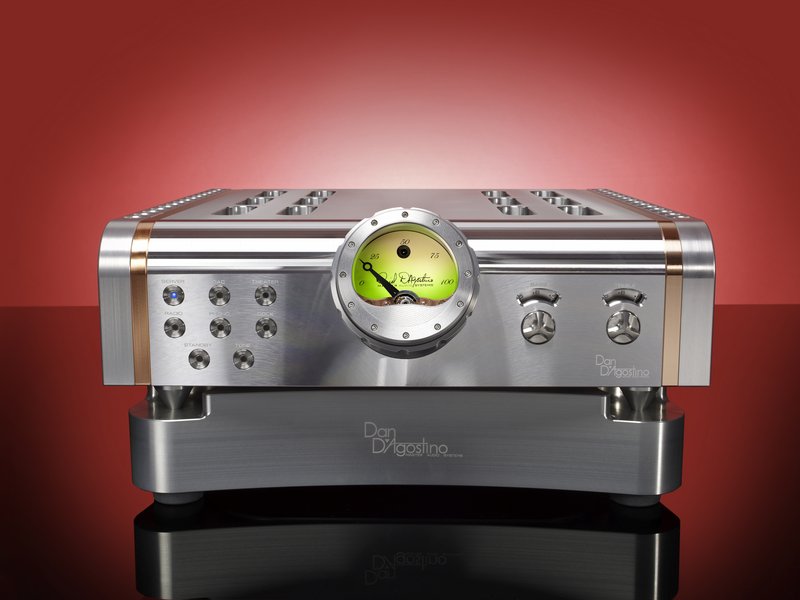 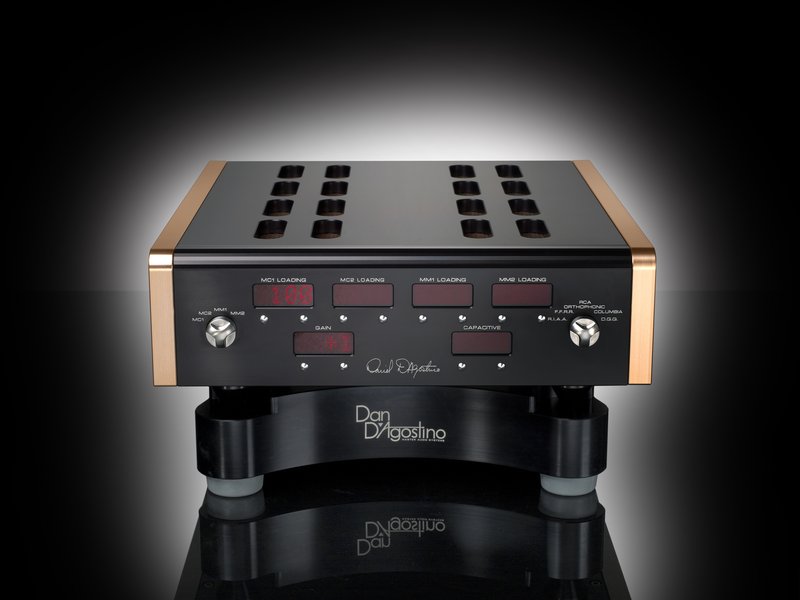 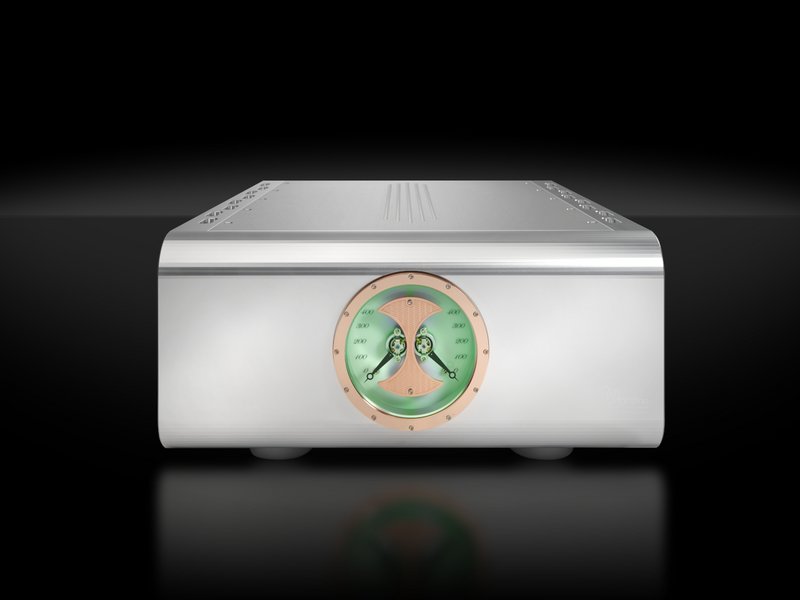 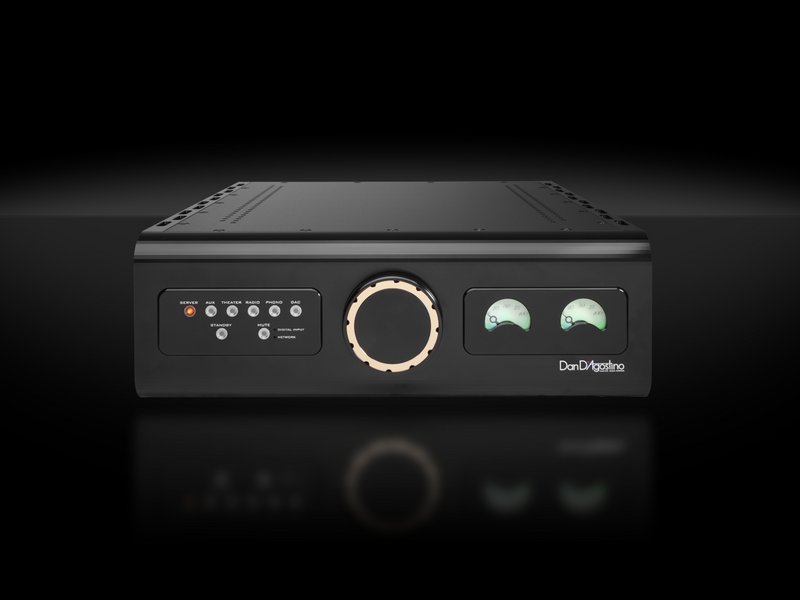 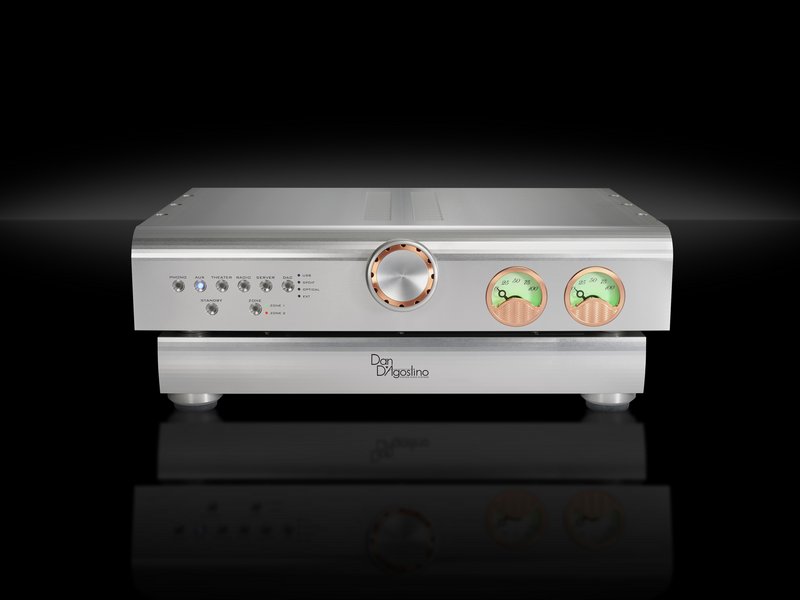 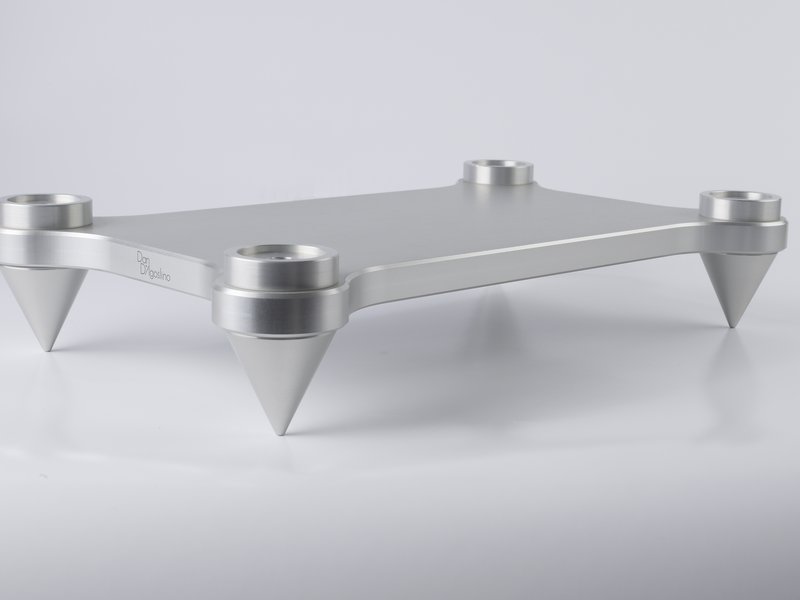 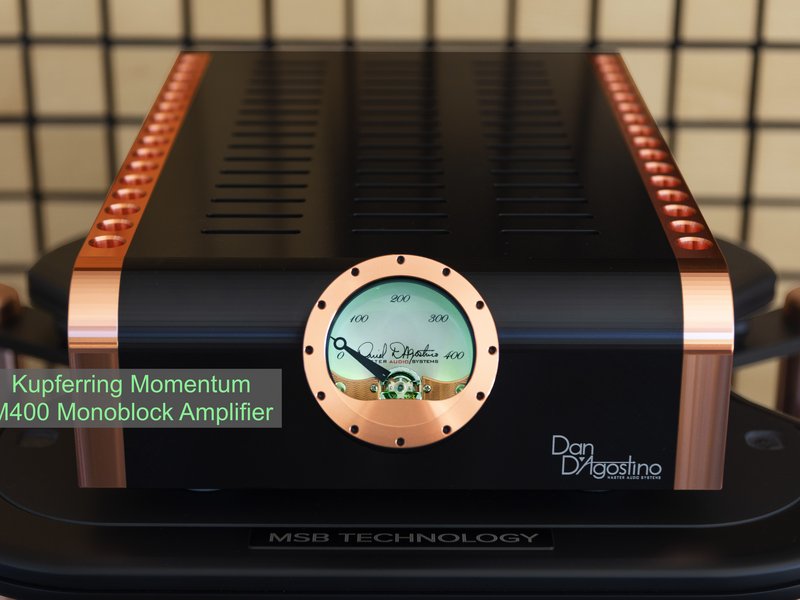 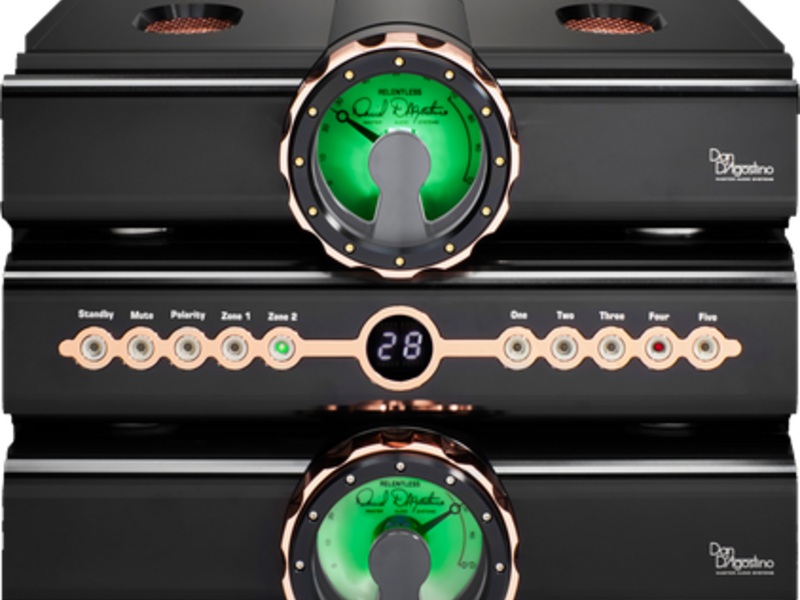